Whilst labouring away at other pieces of long-form fiction, I’ve written a short story so I thought I’d get it out there.

You can grab it for free on the Kindle store between 15th – 16th July here – The Determination Engine On Amazon. It’s a fairly short read, between 20 minutes to half an hour; would go well with a coffee over the weekend.

I hope you like it. If you do, please leave a review on Amazon; it’s one of the few things self-published authors can rely on to help drive engagement these days and I’d really appreciate it.
END_OF_DOCUMENT_TOKEN_TO_BE_REPLACED 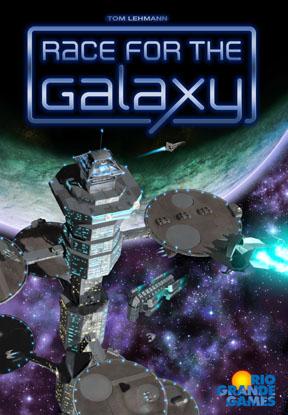 Ok. Apart from chess. And some other classics. But apart from those, Race For The Galaxy is hard to beat if you can overcome the initial brainache.

So what is it?

It has its roots in the game Puerto Rico, a resource / worker placement game. In Puerto Rico, players take turns to choose one of six different actions, the fun bit being that everyone performs the same action, but choosing the action gets you a bonus. (You can watch a video of someone explain the origins of the game here)

In Race For The Galaxy this is taken a step further; everyone chooses their actions in secret, and then each type of action is made by every player SIMULTANEOUSLY once they’re unveiled. This means you can try to second guess what other player’s are going to do to try and get yourself more useful moves each round. And this simple fact is what makes the game so special; you have to watch everyone else’s game like a hawk, and make sure you can leech off their tactics.
END_OF_DOCUMENT_TOKEN_TO_BE_REPLACED 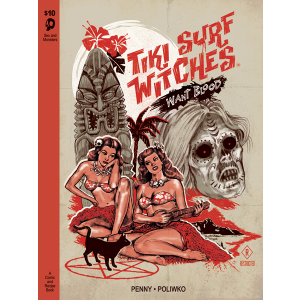 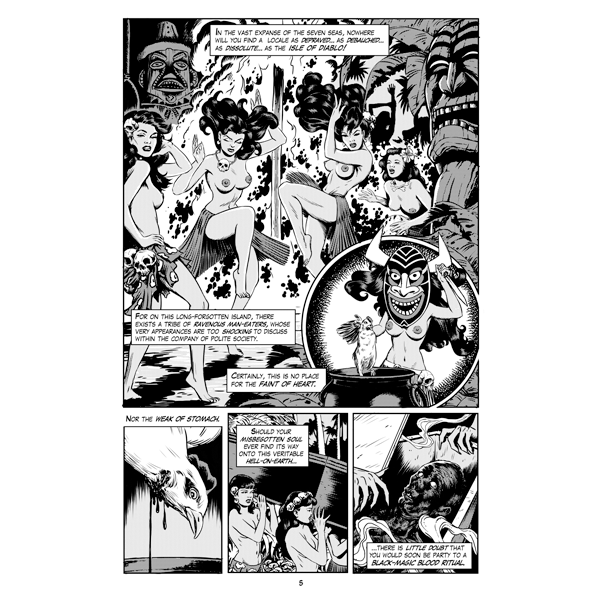 Tiki Surfer Witches Want Blood wasn’t that easy to track down. I first came across a search that took me to Amazon to buy an ebook version, but I struggled to find a physical copy and after a bit more searching found that it was published by Sex And Monsters. END_OF_DOCUMENT_TOKEN_TO_BE_REPLACED

If you’re into writing or reading in any way (and you probably are, if you’re reading this), then The Elements Of Eloquence – How To Turn The Perfect English Phrase by Mark Forsyth is a must have book.

I was lucky enough to get this as an xmas present a couple of years ago and once I’d started reading it I couldn’t put it down. I now always keep it around and dip into it every now and again (along with some other books I’ll tell you about in another post).

It’s definitely one of those books that’s a lot more fun as a physical version as a digital version as once you start flipping through the pages you’l want to share it with someone else.

For instance, do you know what Anadiplosis is? Here’s an example:

If the soup had been as warm as the wine, and the wine as old as the fish, and the fish as young as the maid, and the maid as willing as the hostess, it would have been a very good meal. – Anon END_OF_DOCUMENT_TOKEN_TO_BE_REPLACED

If you play a song backwards, it’s bound to summon a whole lot of bad stuff from hell, surely?

Well, depends if it’s Follow The Yellow Brick Road or an Ozzy Ozbourne track by all accounts. Although Slayer say that all that occult reference is ‘just for effect’.

The band Cradle Of Filth recorded The Lords Prayer backwards and used that in a song called ‘Black Mass’. Apparently if you play that loudly you can summon your mother from her Sunday morning hangover.

It’s tough being a composer. But one thing’s for certain. If you don’t die under extreme or bizarre circumstances then you haven’t really lived.

Most of them died rather strangely, usually after years of intense hardship. Being a composer was never meant to be easy and it either drives you crazy or you’ve got to be crazy in the first place.

Hugo Wolf’s (1860-1903) demise was rather dramatic. He attempted to drown himself before requesting admission to an insane asylum where he eventually died completely and utterly mindless.

Jean Baptiste-Lully (1632-1687) inadvertently struck his foot with the pointed staff he had been using to keep time, the wound became gangrenous and, refusing to have the affected area amputated he died on 22 March of that year.

Follow the link to see the top ten composers who died in strange circumstances.

Sometimes you can have too much of a good thing. Take bones for instance. The Sedlec Ossuary in the Czech Republic, like other overpopulated graveyards in the past, decided to put the bones to good use and make displays out of their bones and skulls.

The Paris Catacombs are somewhat similar, although not quite as artistic as the Czech effort.

Would probably be quite a good place for a seance. I think you’d get a few crossed lines however – I’m not sure if the otherworldly switchboard would be able to cope.

Georges Méliès’ “The Haunted Castle,” showing that you can do a lot more in three minutes in 1896 than you can in two hours over two episodes of a James Herbert adaptation in 2012. I’m looking at you Crickley.

James Herbert has had a bit of a bad run with adaptations. I don’t think anyone has ever made a good film or TV adaptation of one of his books. One of my favorites, The Survivor, was turned into a terrible film and one of my other favorites, The Spear, has never been tackled when I’ve always thought it would make a terrific film.

On the other hand, if no one is really up for getting some really great scriptwriters and directors to tackle one of his stories then perhaps we’re just better off reading the books.