Horror? Why not? A lifetime obsession with the macabre: Part One. 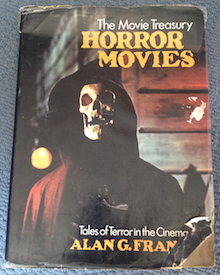 The truth is, I’ve been into horror for as long as I can remember. One of my earliest memories of witnessing a horror film was when, aged six, my mother left me alone briefly to go to a party in the flat downstairs, unaware that I’d be sat up, alone, watching ‘Let’s Scare Jessica To Death‘ for the next hour and a half. Instead of sleeping I’d chanced upon the damn thing while clicking through all three TV channels in succession until something interesting showed up. Well, it was interesting. Bloody interesting and completely terrifying, actually. 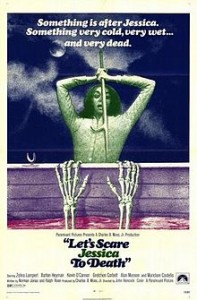 It was when I won a modelling competition aged seven that my obsession with the horror genre moved up a gear.

My mother had entered me into a modelling contest held in a department store just outside London, and as I managed to place in the top three models (no doubt for my incredible poise and unconventional walking style) I was presented with some complimentary clothing vouchers, courtesy of the store. However, the store’s bookshop was on the same level as the children’s clothes section, and during the preceding weeks leading up to the grand final I’d become somewhat fascinated with a book that had been taken down from a higher shelf and left, somewhat naughtily, within reach of small children such as myself. A cowled skeleton stared silently from the shiny cover of ‘Horror Movies – Tales Of Terror In The Cinema’ and I’d been flicking through its pages, full of zombies, monsters, amputations, decapitations and other assorted scares for the best part of two weeks. 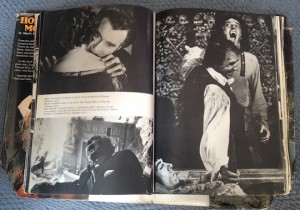 I didn’t want clothes, I wanted that book.

My mother did a deal with the store, and I became the proud owner of a pair of corduroy trousers, an elasticated blue belt with a pirate emblem etched onto a shiny oval buckle, a nice cream shirt, a pair of brogues, an elasticated tie with a zebra on it and a hardback book called ‘Horror Movies – Tales Of Terror In The Cinema’. I took everything home in a large and impressive department store hold-all, left everything in the bag apart from the book, opened to the first page and began scaring the shit out of myself forthwith. 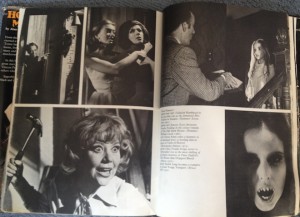 I still have the book, as these pictures testify. I have no idea what happened to the clothes.

Next Time: Part Two – Edgar Allan Poe And All That

How did you get into the horror genre? Leave a message below and let me know!