The Best Worst Music Ever 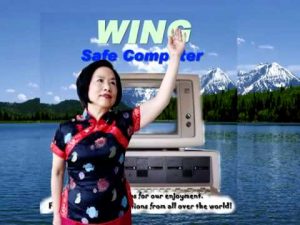 What’s the worst music on the planet? It’s a good question. I am a huge fan of terrible music. From Wing to Steve Wilson to Maxine Swaby and Jan Terri and back, I’ve spent so much time listening to terrible music that I know some of it (lyrics included) even better than the music that I profess to love. So this article on the BBC News site caught my attention.

What doubly caught my attention is that my hometown is mentioned via Portsmouth Sinfonia, which was a 70s project to get a bunch of people with no previous musical knowledge or ability to start an orchestra. Nowadays this is the stuff of ‘hilarous and entertaining’ fly-on-the-wall documentaries, but back then it was quite the idea. But even so, they were trying to be worst, and I’m not sure if that can count.

Thing is, I’ve never been that interested in the intentionally bad. I’ve only really got off on stuff that was truly dreadful by complete accident, despite efforts to make it great.

And I include the song McArthur Park in things I deem decidedly terrible, to the extent that the last time I was in The Beaufort Bar at The Savoy I drank a cocktail dedicated to Richard Harris who, to my mind anyway, sang the quintessential bloody awful version which you can hear below. Thank goodness they’ve lost the recipe to this one.

The Lost Art Of The Armchair Treasure Hunt