The Smash Hits That Weren’t 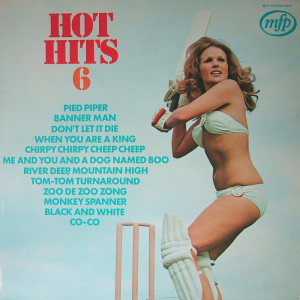 Before music streaming sites and endless YouTube videos, the quickest way to get your daily dose of chart hits was to buy a compilation album.

The curated musical juggernaut known as Now That’s What I Call Music cornered the market in the early eighties and, although it now faces stiff competition from the likes of Apple Music and Spotify, it hasn’t lost its appeal just yet.

People still regularly play old and jumpy Now CDs at parties for a bit of drunken nostalgia and you can’t beat picking up a cheap Now album from the bargain bin of a motorway service station to make your lousy trip in a non-bluetooth courtesy car more bearable.

Before the Now franchise hit the record section of Woolworths and WH Smiths the UK compilation album market was bizarre to say the least. One of Now’s unique selling points was that each album not only carried the hits of the day but guaranteed their authenticity. Until Now arrived on the scene the major labels had been reticent to license their tracks to third parties but Now bucked the trend and got them all on board. For the first time in UK history you could buy an album compiled from the original recordings of the day, and from 1983 onwards Now delivered a listening experience devoid of nasty surprises. And by nasty surprises I mean cover versions.

Prior to the release of the Now series, the UK market was flooded with cheap compilation albums from labels such as MFP, Marble Arch, Windmill, Contour, Hallmark and Pye whose output ranged from the bad to the unlistenable. We’re not talking about the quality of the mastering, the pressing or even the artwork here; the problem was that these albums contained no original recordings whatsoever. Each track was re-recorded during a mammoth studio session involving a crack team of musicians and vocalists hired to get as close as possible to the originals.

But quite often these soundalikes didn’t sound much alike at all and, rather than dancing the night away to the tight rhythms of Nile Rogers and Bernie Edwards, it turned out that people had spent much of the seventies spilling their Babycham to the sounds of jobbing session musicians who may well have needed crack to make it through the speedy yet gruelling production process.

There were as many as twelve tracks on these soundalike compilations and to keep budgets down they would often be recorded over a weekend with musicians, vocalists, backing singers and engineers doing shifts through the night. As time was precious these things were often be mixed on the go and it wasn’t unusual for a bleary eyed producer to be listening to a test pressing in the record label’s offices by the following Monday evening. 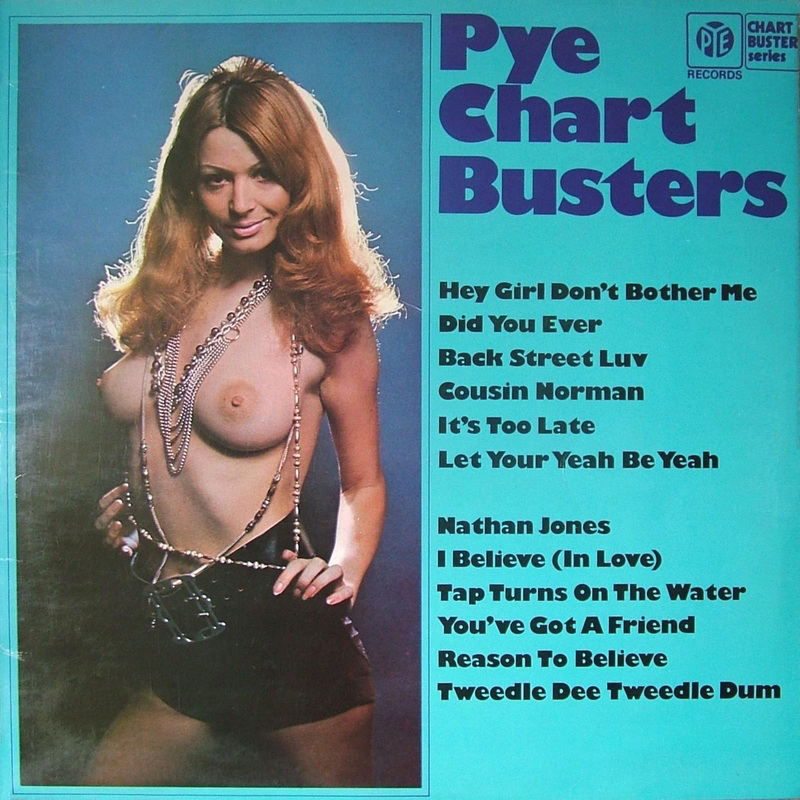 Nicola Austin – although absent for the recording itself, a main feature of the first Pye Chart Busters album

Although these cover versions pricked the ear, it was the album covers themselves that caught the eye. The record labels seemed to have taken a leaf from The Page Three Book Of Marketing and their album covers featured a never-ending cascade of scantily clad women. During its 1971 bid to make a dent in the cover version economy, the Pye record label’s first compilation album featured a full frontal portrait of a charming lady known as Nicola Austin. I have a hunch that the addition of Nicola Austin’s breasts to the Pye Chart Busters series was an in-house joke based around a clever play on words but I have so far found no evidence to back this up. 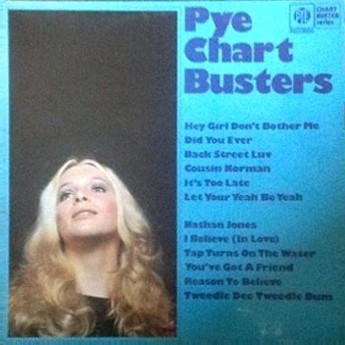 Although the BBC’s seminal TV show Top Of The Pops was an institution in its own right it did nothing to prevent a cover version series of the same name being developed by Alan Crawford. Top Of The Pops became the gold standard for cover albums and, although they were nothing to do with the BBC, many people bought them under the false assumption that they were. Nobody seemed to twig that a twelve track album of original recordings would have been impossible to produce for 75p, less than the 79p cost of an actual single and way below the standard album price of £2.10.

Although I’m too young to have played on any of these albums I did have a short brush with the cover version album’s lesser cousin: The Karaoke Tape. Karaoke exploded in the late eighties and a slew of competing labels popped up to feed the UK’s unstoppable thirst for backing tracks. Before Pop Idol, The X Factor and Britain’s Got Talent, here was a chance for everyone to make a public fool of themselves as they murdered the most singalongable songs of all time.

Dutch courage helped little when it came to remembering anything bar the chorus but, like Sky Sports Here and Pub Quiz Tonight after it, nothing went ker-ching as much as the words ‘Karaoke Contest’ scrawled clumsily across a pub’s high street chalkboard. For the price of a cheap cassette a publican could host his very own karaoke event on his worst night of the week with virtually guaranteed success. And these cassettes were cheap. Very cheap. 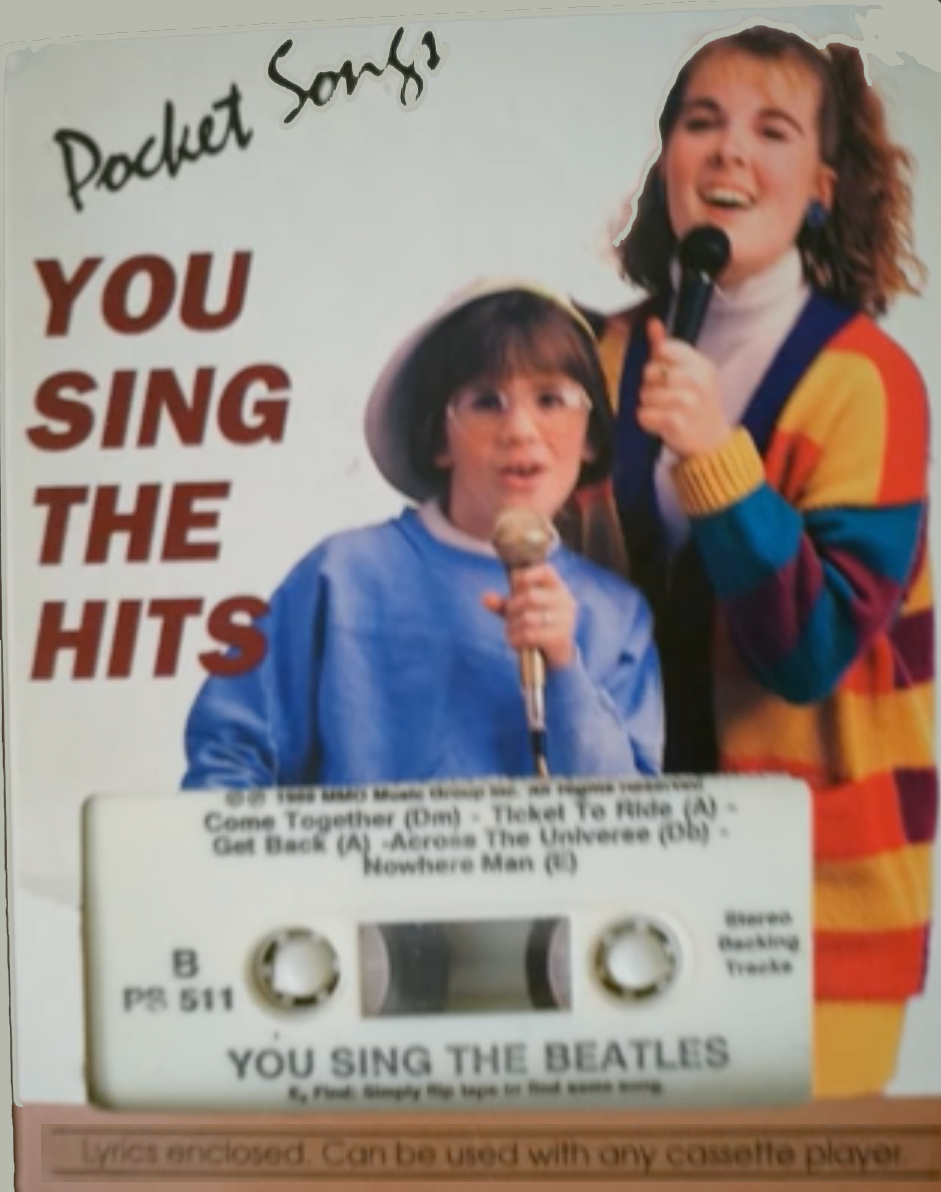 Although karaoke tapes were big business, official band endorsements were unheard of

The production behind karaoke cassettes was pretty much identical to their cover version counterparts with a few notable exceptions. For starters, you didn’t need a lead vocalist to recreate the sound of the original singer so the costs were brought down considerably; getting a passable performance from a session singer required talent and time and karaoke is all about the absence of a lead vocal. Also, by the late eighties technology had moved on substantially and much of the production could be done using computers, samplers and midi technology at a greater speed than before, much of the arranging being done long before any other musicians hit the studio.

However, unlike the cover version albums of the seventies that were pressed onto vinyl and ran at most to an hour, these karaoke albums were released on cassettes that could hold up to two hours of music, and as there’s nothing worse than singing along to the same song in one karaoke session the labels took advantage of the extra space. So, as competition hotted up, labels competed not on the quality of their backing tracks but their quantity and the value of a karaoke tape ended up being based solely on how many tracks it held. You could get just over twenty tracks on a karaoke tape. So they did, sometimes in twin packs. You could get forty backing tracks for the price of a round of drinks.

I got roped into making one of these karaoke tapes around 1989. Alongside a ‘crack team’ of other musicians we were commissioned by a music producer to produce backing tracks to twenty or so popular songs that ran from Sitting On The Dock Of The Bay to Like A Virgin and everything inbetween. I was on keyboard / programming / arranging duty and with a copy of Pro 24 running on an Atari VST in one hand and an AKAI S900 on the other I went into the breach knowing that once I stepped through the studio doors at 8pm on a Friday I wouldn’t be leaving until all twenty soundalike backing tracks were in the bag. 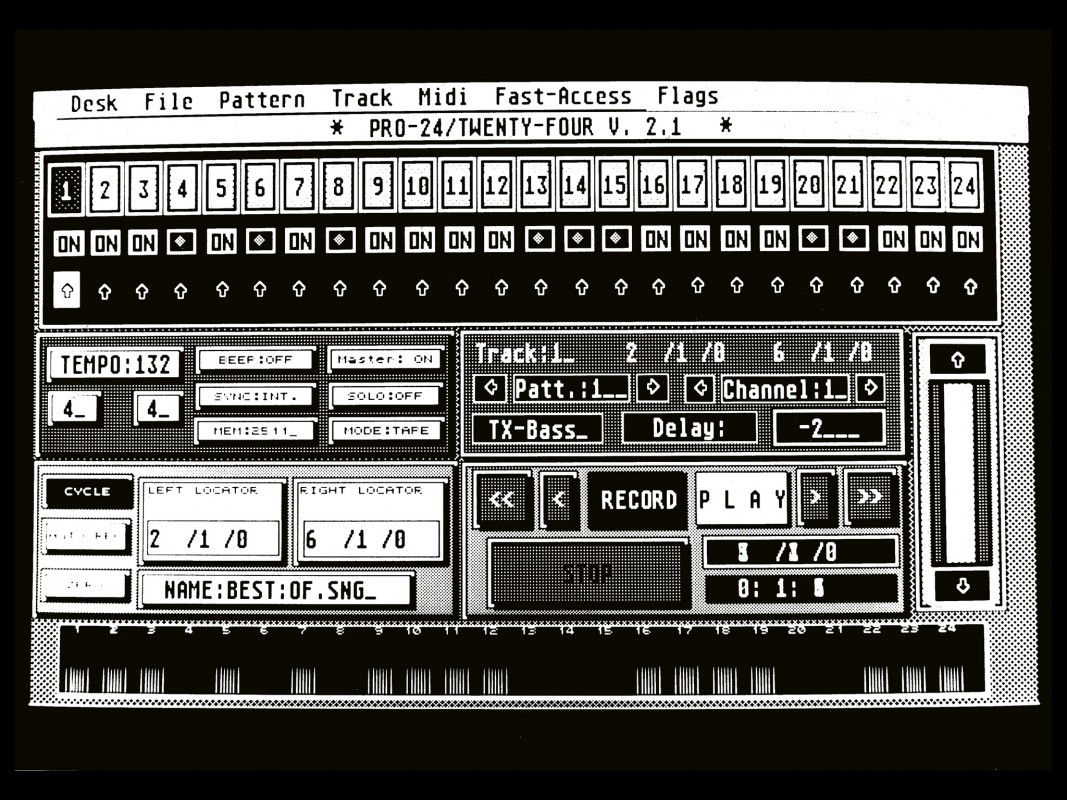 The screen of Pro 24 running on an Atari ST – one of its main features was crashing at precisely the worst time, every time

As it happened this turned out to be Monday morning at around 10am. We had our final playthrough with the producer starting around 7am and it turned out he was a massive alcoholic who was never without a bottle of foul smelling cognac. Having not slept for almost three days and tired but joyful that the whole ordeal was over I joined him in several large swigs and was annihilated by 9am. After an incredibly painful taxi ride home involving a battle between my eyes and the sun I was poured onto my doorstep where I immediately puked my guts up but somehow managed to wake up in my own bed on Wednesday evening with very little memory of what had happened. Apart from this little nightmare:

During the second night in the studio I’d been charged with recreating the backing track to Holiday by Madonna. As the backing is almost entirely drum machines and synths apart from one rhythm guitar it became my pet project of the session and, to the detriment of other tracks I spent the majority of the night working on it. It sounded pretty good if I do say so myself and was virtually indistinguishable from the original; cowbell, DX7 bass, squelchy synth line and all.

At 5:24am on Sunday morning the Atari crashed and wiped the entire song, taking all the backups with it . So not only did I have to recreate Holiday from scratch at 6am on a Sunday morning, I’d squandered valuable hours being overly precious and had left myself only 24 hours to do the backing tracks to a further 15 songs with no sleep. To this day a noticeable facial tick appears at the corner of my mouth when I hear the original Holiday, the word ‘holiday’ or at the mere mention of something being ‘so nice’.

Regarding the production and as far as I know, none of us were ever paid for our efforts and the album in question was consigned to the bargain bucket section of Our Price within the year. It was an amazing time to be alive and I will never forget this small contribution I made to the cover music oeuvre in the late eighties. Straight to DVD? Beat straight to crap cassette shelf in Our Price, matey.

Music, Music Video, Things I've Discovered That I Like